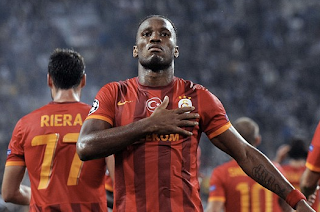 As the Champions League group stage continues to unravel, so do plenty of the teams in the competition. It has been a rough awakening for a few sides as they begin to understand that this year's group stage is no joke. Every team is prepared to make their statement, and as the "underdogs" continue to pull out big results, some age-old titans aren't quite yet ready to concede their positions as the top dogs of Europe (although there are some which begin to quaver). There's an incredible amount of things to cover, so we might as well begin with these three lessons from the Champions League:

After Napoli's dreamy victory over Borussia Dortmund, everyone had practically forgotten about Italy's inefficiency when it comes to European competition these past few years. Well fear not, all three Italian sides in the Champions League managed to underachieve in one way or another. Perhaps most at fault are Juventus who hosted Galatasaraay at home, the match finishing a 2-2 draw. After Bonucci gifted Drogba the opener, Juve clawed their way back to a 2-1 lead thanks to Quagliarella's 87th minute header. Only one minute later Juventus's atrocious defending allowed unmarked Bulut to equalize, nabbing an important point for the Turkish side.

AC Milan and Napoli didn't do too well either. The rossoneri could only manage a 1-1 draw at Ajax thanks to a late and non-existent penalty by Balotelli, and Napoli crumbled against the fantastic display that Arsenal put on at the Emirates. Of course there will be plenty of excuses (No Higuain for Napoli, Milan's extensive injury list, and who knows what else), Italian sides are staying consistent with their inability to put on a proper display in Europe.

2. Bayern Munich (current European champions) are only getting stronger.

There was a lot of uncertainty at the start of the season with Pep Guardiola's appointment as Bayern Munich coach, and after their mere 1-0 victory in the weekend over Wolfsburg there were grumblings about whether the new coach was actually improving the side. It's fair to say that after their latest display, Guardiola will get a bit more breathing room (only for a while though). A dominant 3-1 away victory over Manchester City showed that combining last year's Champions League winning squad with Guardiola's tactics and philosophy of play was undoubtedly the right move for Bayern.

While Joe Hart gave the Germans a helping hand with a poor display, nothing can be taken away from Bayern as they out-pressured, out-passed, and out-played Manuel Pellegrini's Manchester City. While City was looking to perhaps insert itself amongst the highest-echelon of European clubs, Bayern and Pep showed them that they've still got a long way to go. Now we can only wonder what heights this Bayern Munich side can reach, and whether they'll be the first team to retain the Champions League trophy. 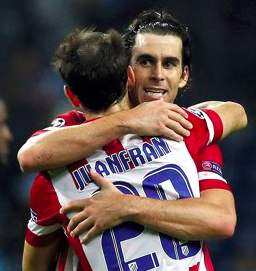 3. Atletico Madrid show no signs of slowing down.

La Liga has always been an extremely difficult league for clubs (that aren't Real Madrid and Barcelona) to properly establish themselves within, and if you have dreams of aiming for the top, then tough luck. Yet if there's a team that is looking to make a dent in the big two's perfect record of domination, it's Atletico Madrid. After having defeated Real Madrid at the Santiago Bernabeu over the weekend, the midweek trip to Portugal to face Porto seemed a daunting task. Yet Diego Simeone's men maintained their undefeated start to the season in another impressive away victory.

While this time Diego Costa wasn't amongst the goalscorers, after having conceded early in the first half Atleti fought to come back with two second half goals, Arda Turan scoring the 86th minute winner from a sneaky free kick. It's been quite the season thus far for Atletico Madrid fans, their team currently undefeated, top of their Champions League group, and second in La Liga only by goal difference to Barcelona. If Diego Simeone can keep his side concentrated, then perhaps a new contender for La Liga's title (and perhaps even the European title) will emerge.

You can find out more about the infographic and spread betting at Spreadex.
Posted by Unknown at 9:17 PM 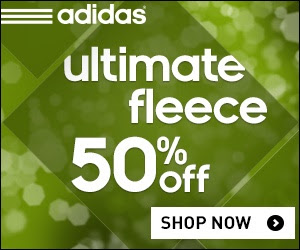